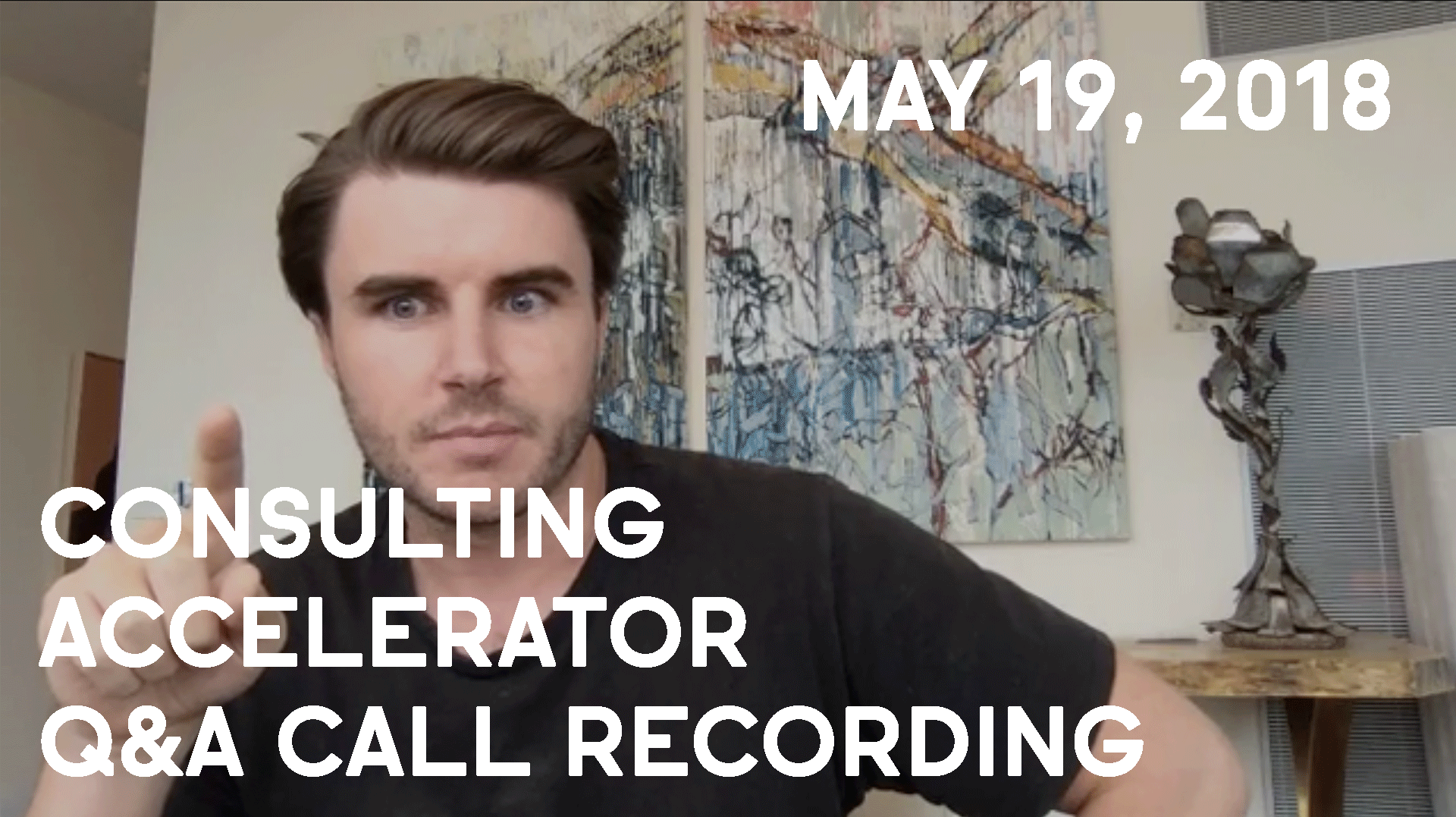 Want to see behind the scenes of what it's like to be a Consulting Accelerator customer?

Check out this Q&A call recording where I answer hundreds of customers questions LIVE!

Want to learn more about the Consulting Accelerator program and how it can help you? Click here to register for a FREE training that shows you everything that's involved.